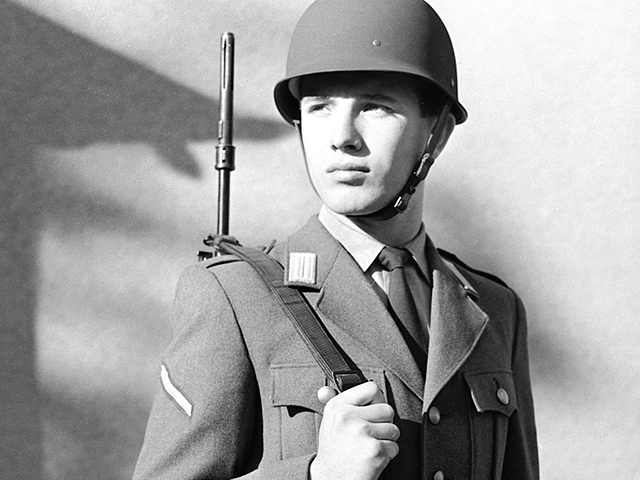 At the end of the Second World War, Germany was left without a military following the dissolution of the Wehrmacht by the occupying Allied armies.

Following the enactment of the Basic Law for the Federal Republic of Germany in May 1949, the new West German state was established. The way it would be allowed to function was set out in that piece of legislation. Article 87a of the Act stipulated that the country’s armed force was to be a defensive force for West Germany and, significantly, not allowed to fight outside the country.

It took until the 12th November 1955 for the Bundeswehr to be created.  This was to be the unified armed forces of West Germany – the Army, Navy, Air Force, Joint Support Service and Joint Medical Service. At this time there were just 101 volunteer recruits. 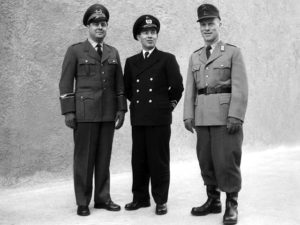 To raise the number of personnel, compulsory military service was introduced in 1957 and by 1st April that year, the first 10,000 conscripts were set on.

On 29th February 1960, the first foreign deployment of the Bundeswehr began.  Not to fight but to provide relief support following a severe earthquake in Agadir, Morocco, where 15,000 people died and tens of thousands were left homeless. The Bundeswehr has since participated in several other humanitarian aid operations abroad.

In the 1990s, it began its permanent and long-term commitment to foreign operations. Initially in Bosnia, later in Kosovo and as part of ISAF combat effort in Afghanistan between 2002 and 2014.

Conscription and military service was abolished on 1st July 2011, when the Bundeswehr was transformed into a volunteer army and the number of service personnel reduced from 220,000 in 2010 to 185,000 by December 2013.

As of 21st September 2016, the Bundeswehr has an active strength of 176,509, placing it among the 30 largest military forces in the world and making it the second largest (in terms of personnel) in the European Union, behind France.

Since its inception in 1955, the Bundeswehr has lost around 3,200 military and civilian personnel in action.

A memorial to the fallen of the Bundeswehr can be found at the site of the Ministry of Defence in Berlin.

It is free to visit, for all who wish to pay their respects.