Pulling back the curtain on Christo’s Reichstag

The idea for the Reichstag project was initially proposed way back in 1971, by Michael S. Cullen, an American, living in Berlin, when he sent a postcard to the artist duo Christo and Jean-Claude.

The two had already established the presentation of wrapped objects as the motif for their artistic oeuvre, since meeting in Paris in 1958, when Christo was commissioned to paint a portrait of Jean-Claude’s mother. Their first joint project would be a waterside display of wrapped oil barrels and dockside parcels at the port of Cologne in 1961.

It took eight days for the couple to wrap the Reichstag building in 1995 and from the 24th June it is estimated that around five million people visited the work of art during the short two weeks of its existence.

At the time, the Reichstag stood empty, in the former British sector of Berlin. The silver fabric enveloping the structure, transforming it into a ghostly apparition, celebrating a conventional symbol of national identity in an unconventional way. Despite the re-unification of Germany in 1990, it was not until 1999 that the building was again used to house the German parliament, following its reconstruction by British architect Lord Norman Foster. The single exception being on October 4th, the day after the official reunification of the country, when the government gathered inside the Reichstag for a symbolic parliamentary session. 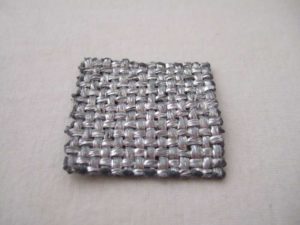 The wrapping of the Reichstag in 1995 took place in the interim period between the decision for the reunified German government to return to Berlin from the West German capital of Bonn and the reconstruction of the building, with the two artists using 1,076,390 square feet (100,000 square meters) silver coloured polypropylene fabric, tied with 9.7 miles (15.6 kilometres) of blue rope.

The work was entirely financed by Christo and Jean-Claude, through the sale of prepatory studies, drawings, collages, scale models as well as early works and lithographs. The two refused to accept sponsorship of any kind. 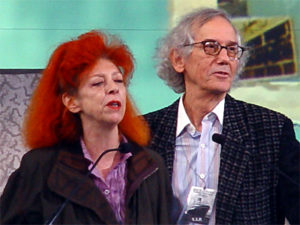 Both Christo Vladimirov Javacheff and Jeanne-Claude Denat were born on the same day – 13th June 1935; he in Gabrovo, Bulgaria and she in Casablanca, Morocco to French parents.

In the fall of 1956 Christo left his native Bulgaria for Prague, Czechoslovakia, then to Vienna, Austria in 1957 where he studied at the Academy of Fine Arts for a semester before relocating to Geneva, Switzerland.

The couple worked on many projects together including wrapping the Pont Neuf bridge in Paris, France and the 24 mile long artwork, called Running Fence in Sonoma and Marin counties, California. Sadly, Jeanne-Claude passed away 18th November 2009.

Christo’s latest work was The Floating Piers at Lake Iseo, Brescia, Italy in the summer of 2016.

For more information on the artists and their work, check out the website – http://christojeanneclaude.net/

You can visit the exhibition at the Bundestag free of charge at the weekend but you must register prior to your visit.  More information is available at: http://www.bundestag.de/en/visittheBundestag/dome/registration/245686