The Republic of Fear
Spies, Lies, and Ordinary Terror

"An atmosphere of secrecy and fear..."

Berlin’s pivotal role on the frontline of the ideological conflict played out between East and West during the Cold War period is undeniable. There is no greater symbol of the absurdity of the era – and the atmosphere of paranoia, secrecy & fear that permeated the city for much of the 20th century – than that of the Berlin Wall. Still scattered across the cityscape in minor pieces. 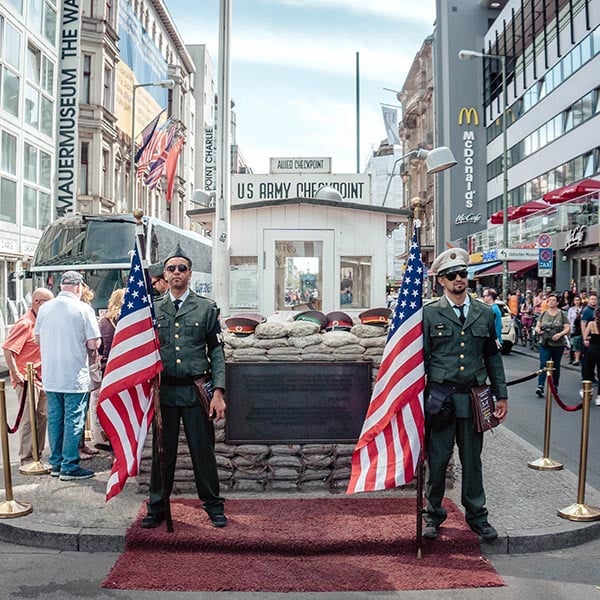 Carved into two competing zones, Berlin became a truly stage managed city – with each side seeking to prove the supremacy of their system. The glamourous individualistic excesses of West Berlin standing in contrast to the planned economy utopianism of the East. The city grew to become the playground for numerous international intelligence agencies vying for control – Berliners struggled alongside various plotting acronyms and government actors – the CIA, MI6, the KGB, the STASI and the BND.

While what normality that existed was played out in the looming shadow of The Bomb.

From spy novel tropes to Kennedy’s famous “Ich bin ein Berliner” speech: no city epitomises the Cold War as much as Berlin.

Here, East and West – capitalism and communism – clashed within the narrow confines of the city, leaving their marks on buildings, streets, and on the lives of countless ordinary Berliners.

This tour considers not just history with a capital-H, but also the stories of life (and of lives uprooted) on either side of the Wall.

Hear about a society that deemed itself a workers’ paradise while waging a war of surveillance on its citizens, about subcultures carving out their own little niches of freedom, and about the events that ultimately led to the fall of the Wall.

Read some of the blog posts we have written that are relevant to our Cold War Berlin tours:

7 Places For A Secret Rendezvous In Berlin

We all have secrets—and sometimes those secrets require us to meet up with others in the outside world without anyone taking notice of our rendezvous. Maybe you need to hold an important business meeting that your other colleagues or professional competitors can’t know about. 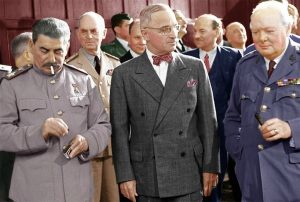 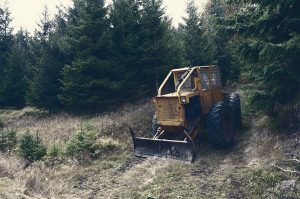 As of Monday the 5th of February 2018, the Berlin Wall will have been down for longer than it stood: 28 years, 3 months, and 28 days. In our latest blog post we take a look at eight strange Berlin Wall escapes and the desperate lengths people would go to escape from the German Democratic Republic. 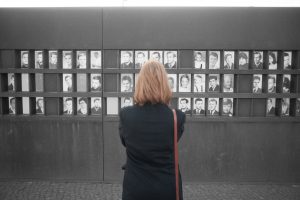 You’d be hard pressed to find a piece of concrete as historically significant as the Berlin Wall. No trip to Berlin would be complete without a tour of what remains of that infamous concrete barrier constructed by the East German goverment over 150 km long around the capitalist island of West Berlin.

Berlin Brandenburg Airport – Behind The Scenes

On this day: Friedrich Engels, Prussian political theorist and ‘gravedigger of capitalism’, is born (28th November 1820)