The Sachsenhausen Concentration Camp In The DDR

Although constructed by the Nazis in 1936, the Sachsenhausen concentration camp would be liberated by Soviet troops in April 1945 - only to be inherited by the East German government and later opened as a memorial. In purely numerical terms, the nine years that Sachsenhausen existed as a living hell - just 35km north of the German capital - during the Nazi era and a further five appalling years as a Soviet detention camp, have long since been surpassed by its time as a place of remembrance.

From 1961 until German reunification in October 1990, the former Sachsenhausen concentration camp functioned as a memorial inside the state of East Germany (the German Democratic Republic, as it was officially known).

When the gates of this former Nazi camp were opened in 1961 to visitors, some 200,000 arrived the first weekend. Around the same number as the tally of prisoners who had previously passed through Sachsenhausen – many to their deaths – during the Nazi years. Since 1993, the location has existed as part of the Brandenburg Memorials Foundation, a foundation under public law financed jointly by the federal state of Brandenburg and the federal government.

The two distinct stages of the camp’s existence can be viewed as being unmistakably different – the ‘operational’ phase from 1936 until 1950 and the ‘memorial’ phase from 1961 until the present day.

While the operational phase can also be broken down into the time that the site functioned as a Nazi facility and its time as a Soviet run detention centre; it is intriguing to also consider the differences in the location’s character during the East German period (1961-1990) and its present day manifestation (1993-now), as part of this ‘memorial’ phase.

Re-opening Sachsenhausen as a memorial location enabled the East German government to illuminate, for all to see, the crimes of National Socialism and the horrendous conditions in the camp and treatment of those held prisoner here. However, this also allowed the East Germans to frame the narrative of this period to fit their own agenda, with the curation of the facts and artefacts on display a matter of presenting a perspective that fit within the Marxist-Leninist school of thought.

The Wikipedia entry dealing with the Sachsenhausen concentration camp alludes to this in two sentences, referring to the establishment of the national memorial in 1961: “The plans involved the removal of most of the original buildings and the construction of an obelisk, statue and meeting area, reflecting the outlook of the East German government of that time. The government of East Germany emphasised the suffering of political prisoners over that of the other groups detained at Sachsenhausen.”

A prime example of this tendency is in the pamphlet presented to visitors to the Sachsenhausen concentration camp memorial during the East German times. Analysing this document it is possible to see the messages that the authorities wanted to transmit. From the language used and the tone of this language; to the choice of colours and rhunic title font – the imagery presented tells a story. One where the nuances of this presentation need to be understood through the lens of the ruling ideology of East Germany.

The horrendous extent of the story remains the same; what is fascinating to the historian and student of history, however, is the emphasis and editorial direction.

In comparison to the dry, factual, objective manner of the memorial foundation today – this more bombastic and oratorial approach explains as much about the East German system as it does the record of atrocity at Sachsenhausen.

To experience the site now; have a look at our Sachsenhausen: Laboratory of Totalitarianism private tours 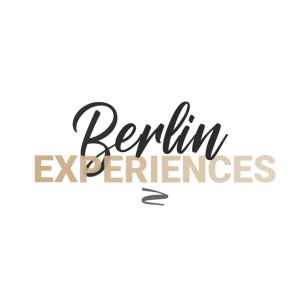 All Posts »
PrevPreviousScars Of Battle: War Damage In Berlin