Sachsenhausen
The Laboratory of Totalitarianism

"Sachsenhausen now is a place to pay respects, to reflect, and to bear witness..."

Despite the passage of time, the Tower A entrance to the Sachsenhausen Camp Memorial – emblazoned with its infamous “Arbeit Macht Frei” lettering – still stands as a threshold to another domain. Missing are the sights, sounds, and smells of casual brutality. Instead of the cramped suffocating architecture of totalitarianism, a vast open field graced with rows of stone markers – where barracks houses once stood – exists in its place.

BOOK A PRIVATE TOUR OF SACHSENHAUSEN 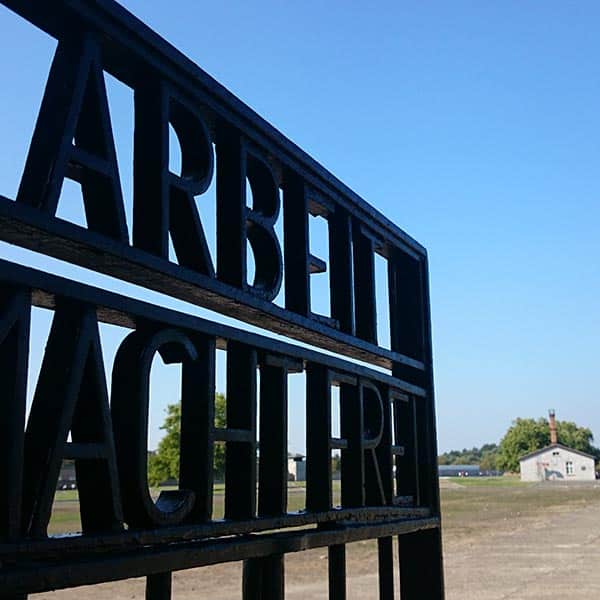 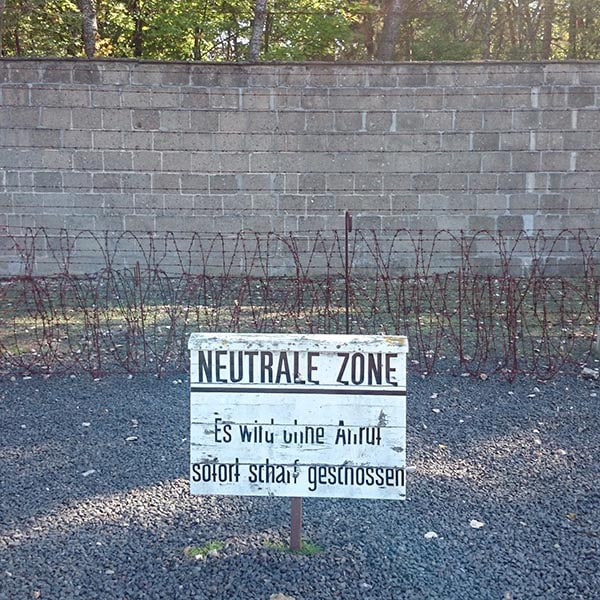 "To observe the preservation of memory as a vital tool against the tyranny of forgetting..."

Constructed by the Nazis, inherited by the Soviet authorities, and transformed into a memorial by the East German government – Sachsenhausen now is a place to pay respects, to reflect, and to bear witness.

To observe the preservation of memory as a vital tool against the tyranny of forgetting.

BOOK A PRIVATE TOUR OF SACHSENHAUSEN

Most people, when asked about Nazi camps, would point East – to the extermination camps that gained notoriety through the Holocaust: to Auschwitz, Treblinka, Majdanek etc.

The truth is, however, that these camps came relatively late in the history of the Third Reich. Their predecessors, the concentration camps, such as Sachsenhausen, were constructed within Nazi Germany in the 1930s.

Devised as a so-called ‘protective custody camp’ to house political prisoners, Sachsenhausen grew to become an SS training centre, a prison to many notable figures, and the site of numerous bizarre developments in Nazi research and military strategy.

Constructed by the Nazis, inherited by the Soviet forces, and eventually opened as a memorial by the East German government; Sachsenhausen is a startling example of how different regimes chose to use the same land for purposes of punishment and propaganda.

Writer Hannah Arendt referred to the concentration camp as the ‘true central institution of totalitarian organizational power’ – designed for the systematised dehumanisation and destruction of human personality. A thought-provoking and often uncomfortable journey – Sachsenhausen stands as a warning from the past and a recommended excursion from Berlin to all interested in learning more about the conditions where gratuitous cruelty flourished and experiments to cultivate inhumanity succeeded – – the ‘theory and practice of hell’.

The length of this tour means that a short snack/coffee break (not included in the tour price) can be integrated into the route – or, if requested, a longer meal break– at the detriment of the route and a number of the sites mentioned above.

Due to the location of the Sachsenhausen Camp Memorial, it is necessary to take public transport unless using private transportation. The town of Oranienburg is about 45 minutes from Berlin on the Regional train line.

Included in all our tour offers for Sachsenhausen is a percentage donation to the memorial trust responsible for preserving this historically significant site.

Read some of the blog posts we have written that are relevant to our Sachsenhausen tours: 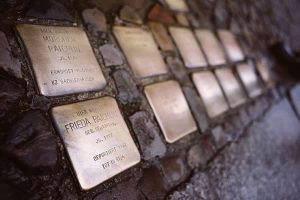 Whilst at the controls of a Heinkel He-280 jet fighter being towed by another aircraft, Luftwaffe pilot Helmut Schenck realised he was unable to start his engines due to cold interference. Jettisoning his canopy, he activated his ejector seat and made history as the first person to use an ejector seat to successfully exit an aircraft in an emergency.