On this day: The RIAS Symphony Orchestra is founded (15th November 1946) 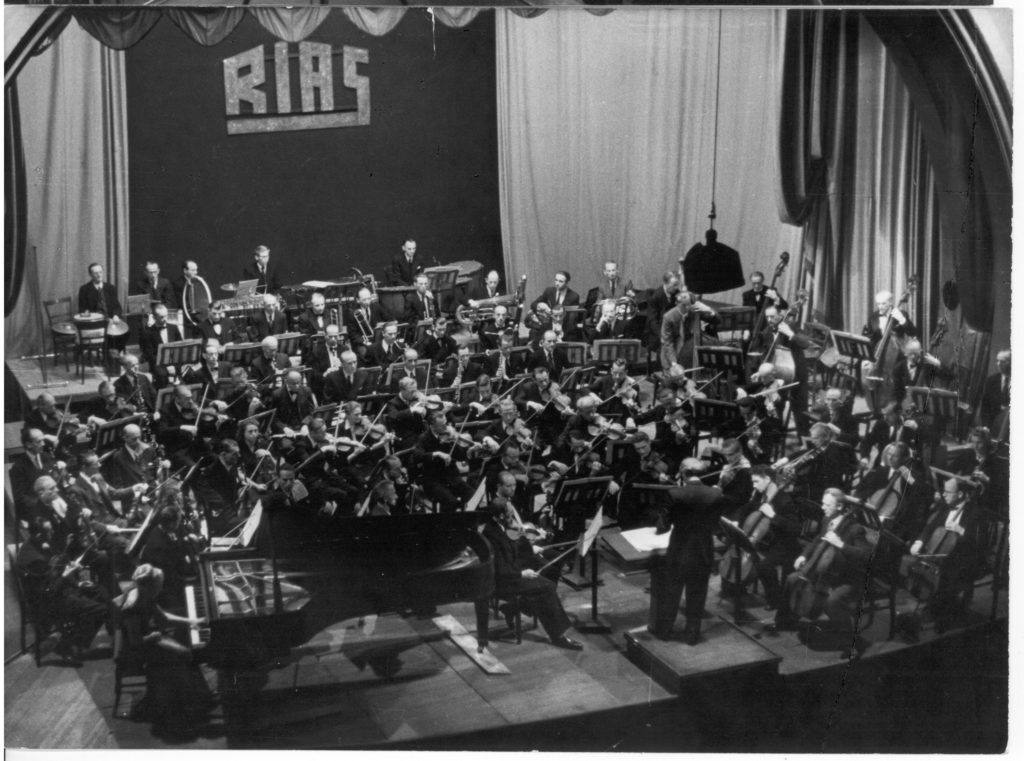 Following the end of World War Two, the US military administration in Allied occupied Berlin founded the RIAS (Radio in the American Sector) to balance the broadcasts emanating from the Soviet controlled Berliner Rundfunk.

This new station went live in February 1946, initially via telephone line only, until a medium wave transmitter could be introduced in September.

On 15th November 1946, the RIAS Symphony Orchestra was established to contribute to the station’s entertainment programme, later joined by the RIAS Chamber Choir, the RIAS Dance Orchestra and the RIAS Big Band.

In 1956 after the Americans pulled the funding for RIAS, Sender Freies Berlin (or Radio Free Berlin) took the symphony orchestra under its wing, renaming it the Radio-Symphonie-Orchester-Berlin, based in the Western zone of the divided city.

Following reunification in the 1990s, Berlin found itself with two radio symphony orchestras, leading to yet another name change, to the Deutsches Symphonie Orchester (DSO), reflecting the idea of the newly reunited Germany. The orchestra from the former East Berlin was renamed Rundfunk Sinfonieorchester Berlin.

The DSO marked its 70th year with a celebration at the Berlin Philharmonie concert hall on Sunday 6th November 2016, led by honorary conductor Kent Nagano.

Throughout its’ seventy year history, the DSO has been primarily conducted by firstly a Hungarian – Ferenc Fricsay: two Americans – Lorin Maazel and Kent Nagano: an Italian – Riccardo Chailly: two Russians – Vladimir Ashkenazy and Tugan Sokhiev: a German – Ingo Metzmacher and finally, due to start in September 2017, a Brit – Robin Ticciati.

Next time you’re in Berlin, don’t forget to find out which orchestra is playing and where.  If the DSO isn’t in town, there’s a good chance that one of the other six may be playing in the city during your stay.  You can find out who is playing where by following: http://www.berlin.de/en/events/

The other six orchestras to watch out for whilst in Berlin are:

Travel further afield and you may be lucky enough to catch any one of the nine German radio orchestras, which are partially or fully financed through the radio fees charged to every German household  for public media usage.

You can find out more about Deutsches Symphonie Orchester here.